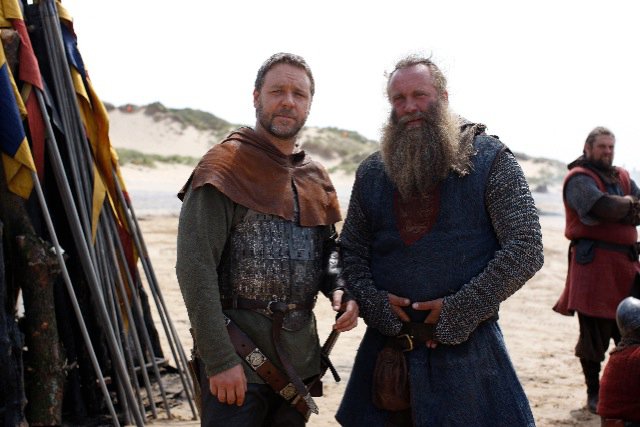 Over the years there have been many successful cinematic interpretations of the Robin Hood legend. But it looks like we’re going to be seeing plenty more of the outlaw soon as there are reportedly no less than four Robin Hood movies in the works!

The alarming fact that Warner Bros, Sony, Lionsgate and even Disney are adapting the tales of the English legend may be surprising. But seeing as no one owns the intellectual property rights to Robin Hood, he’s enjoyed many celebrated appearances in our movies, TV shows, and even in our online games.

In terms of what we can expect from these Robin Hood movies, the Lionsgate project will be an ‘origins’ story that sees Kingsman: The Secret Service star Taron Egerton stepping into the green tights.

Sony made big news when they bought the rights for a pitch of a Robin Hood-style universe that could see many Merrymen spin-offs filling up our multiplexes for the next decade.

Whilst we don’t know much about Warner’s Robin Hood project, Disney have already been hard at work on a movie called Nottingham and Hood that will look to offer the swashbuckling merchandising clout of Pirates of the Caribbean.

What this means is that we’ll see plenty of Disney-licensed Robin Hood games on the horizon. But for those who can’t wait, there’s already a Robin Hood slots game at CasinoEuro that features enough Sherwood Forest-inspired imagery to keep you occupied until Robin Hood fever descends upon our cinema screens.

Of course, there have been plenty of cinematic tributes to the English outlaw in the past. Russell Crowe made a pretty good impression as Robin Hood in the 2010 Ridley Scott movie, but it’s perhaps 1991’s Robin Hood: Prince of Thieves that still provides the most enduring image of the legendary figure.

Not only did this movie feature Kevin Costner in his prime, but it also was accompanied by a typically heartfelt song from Bryan Adams that helped this movie notch up some phenomenal box office revenues.

In addition to this, many of the most iconic old-school Hollywood movie stars like Douglas Fairbanks, Errol Flynn and Sean Connery have had a go at perfecting the on-screen legacy of this enigmatic legend.

But with no less than four new movies and some online games due to arrive soon, it looks like we will all be getting a little bit closer to the legend of Robin Hood.